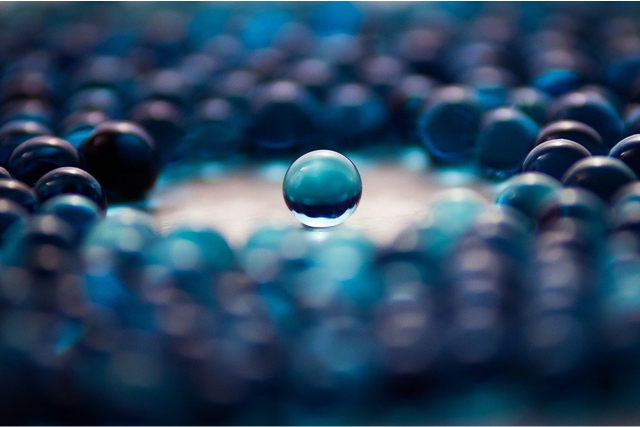 To err is human, but to persevere in error is only the act of a fool.

How accurate is the translation? Obviously, a little bit outdated (who says err nowadays). Actually, the phrase refers to human nature, both parts of the phrase.

The first and most popular, refers to general errors in humans in general. “Making mistakes is part of being human”, or perhaps it is more personal, such as “I make mistakes because I am only human”, even going so far as to generalize that, “humans will always make mistakes”, or that “Humanity is defined by its mistakes”.

“Cuiusvis hominis est errare, nullius nisi insipientis in errore perseverare”, that is to say, any man can make mistakes, but only the fool or the stubborn persists in error. It is very difficult to eradicate or prevent errors. Also, due to human nature, it is difficult to admit mistakes, and consequently, learn from them. That is why the second part of the original sentence is so important. Just as it is hard for us to admit our mistakes, it is hard for us to admit that deep down, as part of human nature, we are foolish and stubborn.

It is not surprising that throughout history there have been variations and different approaches to this phrase, although the first has always prevailed. A negation of the second condition? An excuse not to face the consequences of the first one?

With the passing of time, the first part, to err is human, was expanded by one that does nothing more than calm our own conscience, that allows us to rest in the error, accept it, forgive it, and see it as inevitable and even ignore it. “Errare humanum est, ignoscere divinum”, making mistakes is human, ignoring them divine.

Before closing this first, rather philosophical part and moving on to a more practical approach, I want to turn my back a little to philosophy and the power of words, with this third variant of the phrase, attributed to the British poet Alexander Pope “To err is human, to forgive is divine, to rectify is wise”. But, what if the error, or the mistake are not to be the problem? Wouldn’t the problem be in the judgment or evaluation we make on ourselves as well as on others? Of course, rectification only shows wisdom when it is not forced by circumstances, but intellectually free. That is, wisdom in this case refers to knowledge, a knowledge of cause, founded.

While it is true that making mistakes is one of the weaknesses of the human being, identifying mistakes is one of its strengths. Consequently, an adequate strategy to avoid errors would not be oriented only to efforts not to commit them, but should also be oriented, and perhaps in a more intensified way, to the activities of identifying and correcting errors in time.

In 1937, Jenno Kollaritz carried out one of the first scientific works related to human error proposing a taxonomy of four kinds of errors: by substitution, by omission, by repetition and by insertion. A first classification based on the external and superficial appearance of the errors, in their form, not in their causes, for which he did not consider the processes that underlie and make the errors possible. Later, with the increase in complexity in organizations, the study of “human error” made its way into different areas and disciplines, coming from the military, aviation and health sectors, being today human factors engineering a field with a lot of practical knowledge, not only for companies and organizations, but also for individuals.

According to the National Science Foundation, the average person has around 12,000 to 60,000 thoughts per day. Of those, 80% are apparently negative and 95% of our thoughts are repetitive. This is ultimately the human factors approach, a scientific discipline that aims to help people do their jobs better, improve resilience and overall system performance, and minimize errors. Human factors-based solutions make it “easy to do the right thing and difficult to do the wrong thing” and when mistakes do occur, they are less likely to cause harm.

Coming to the end of this article, I would like to close with a “generic” answer to the question What is the error? based on specialized publications by James Reason, William Haddon, Charles Spearman, among others and especially the book by Senders, J. W. & Moray, N. P., 1991, Human Error: Cause, Prediction and Reduction.

The term error means that “something has been done that was not the intention of the actor; that is not wanted by a set of rules or by an outside observer or that took a task or a system outside its acceptable limits.”

According to this, the errors, probably all, are related to a deviation from an intention, an expectation or a desirability. “A failure is not an error if there has been no plan or if the plan was executed properly but did not give the expected results. In the first case, it is an unthinkable or unconscious action, which can yield any result, and can be recklessness, an emotional reaction, a habit, etc. but this is not an error. In the second case, it would be a failure in the thinking that produced the plan, a lack of adaptation of the plan to a changing environment, to the transformation of the plan into an end in itself instead of being a means to achieve the objectives sought with himself, etc. but, it is not a mistake” (excerpt from an unpublished paper by Professor Nagib Callaos).

We can conclude that an error is an event with which a deviation occurs. This event can be neural, sensory, perceptual, cognitive or motor (the action of a muscle) that produces an action with unacceptable consequences because it produces a deviation from an intention, an expectation or a desirability.

Most mistakes are avoidable, and even predictable. On many occasions they are due to a lack of awareness, attention, training, evaluation and adequate communication. All being factors within our own responsibility and field of action. Your results are a direct consequence of your actions and these, in turn, have their origin in your decisions, which are not only conditioned, but also determined by your perspective, which is nothing more than a reflection of what you are aware of.

If you want to delve into this topic and learn how to “make it easy to do the right thing and difficult to do the wrong thing”, , I invite you to get straight to the point.

I am aware that you do not have time to spare, so in order not to miss any of the contents (some of them exclusive to the newsletter), as well as participation in a private community of existential dialogue, if you wish, subscribe to the newsletter using the contact form putting subscription in the matter, or by simply posting a comment below. You can unsubscribe at any time and without any commitment and no questions asked.

If you want to find out more about me, the way to approach my work, or the programs, please do not hesitate to contact me. Thank you very much and see you again soon.

Purpose and meaning of life

Nosce te ipsum – who are you?